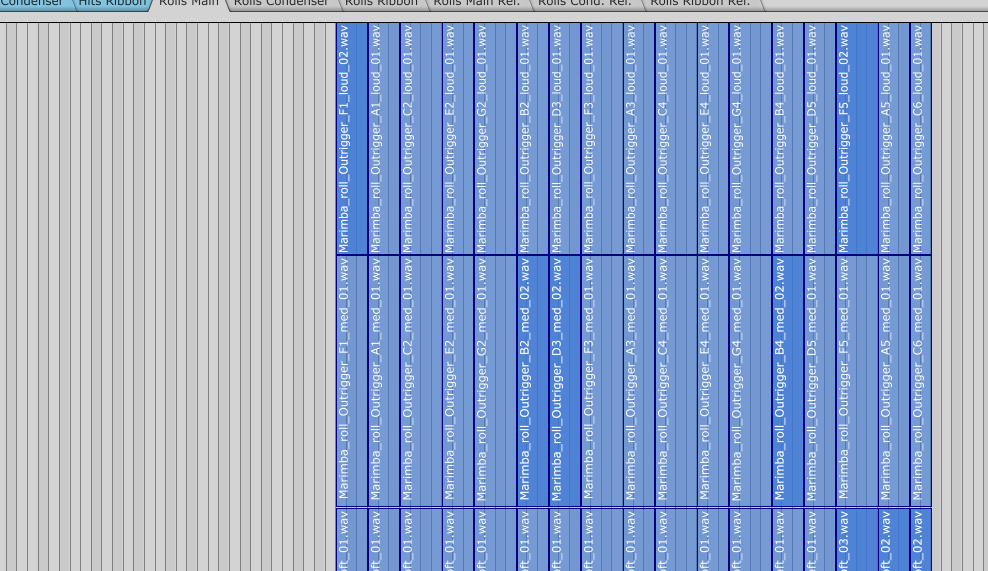 In the world of independent sampling, one often runs into cases where they have an instrument with a range of pitches it can play but a strong desire to not make their sample library weigh in the gigabytes, much less have to deal with the (tens of) thousands of samples resultant from true chromatic sampling. In this case, they want to find the easiest method for sampling across the range of an instrument that will match a few criteria:

Mathematically, we have several options for creating a pattern that repeats perfectly on the octave. Notice that these methods will save varying percents of time due to the sustain durations of certain notes and lung capacity of wind players.

On the other hand, there are some other, uneven paths that might provide a more realistic sampling than the mathematically perfect ideals:

Some instruments, such as the timpani, present a more challenging case. For one thing, each of the drums are centered about a P4th apart, and have a range of between a 5th and a 6th, all depending on the settings, make, and condition of the drums. The timbre of each drum changes across its range, and the timbre between the drums is different as well. One might thus be tempted to simply sample each drum at its home and then stretch out to fill in the gaps. This is certainly a solid approach, but one seeking more “accuracy” could try finding some other balance among the drums. In some cases, you may find yourself with a limited number of drums, instead of the “full” 5, you may only have access to three. In these cases, you will need to play a careful tuning game to make sure you can stretch as far as you can comfortably.

Similarly, recording with non-professional musicians may also leave you with limited instrumental ranges that will need to be filled in. Sometimes a game of “reaching” can be played where an instrument is sampled diatonically or by some other system, but then for the top-most note, a player can reach as high as they can above that note and that can act as a sort of bridge to extend the range, even if the note is weaker, the timbre will not be as adversely affected as if only a comfortable range were sampled and stretched.

When it is time to stretch notes, be very cognizant of the breaks and regions of the instruments playing. For example, if you have sampled an F3 and a G3 (MIDI notes 53 and 55, respectively) on a tenor trombone, you will want to stretch DOWN the G3 because that best follows the behavior of the instrument. The same sort of deal goes for a Bb2 and a C3 for the trombone. The Bb2 should never be used to cover the B2 because they belong to different partials in the instruments (more or less) harmonic series.

Similar concerns should be taken with woodwinds and their different registers, for example, the chalumeau and clarion registers of the clarinet, which both posses different timbres and, due to alternate fingerings, can overlap. Some stringed instruments, like hammered dulcimers, pianos, harps, and guitars change the type of string at certain points on their playing range, and others can include countless dozens of alternative “positions” (most multi-stringed instruments with necks).

In general, remember the four main criteria mentioned at the beginning of this article, and take the time to plan out the system you will use to sample your instruments before you begin! It will save you tons of time and tons of work later dealing with all sorts of issues like intonation and timbral/velocity inconsistencies that can result from a lack of planning. 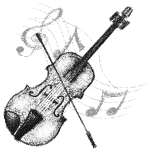 One thought on “VSVI Dev Blog 3: Methods for Non-Chromatic Sampling”